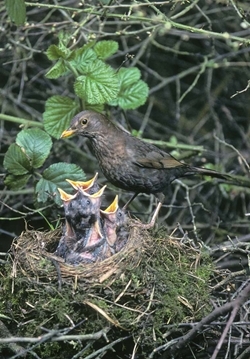 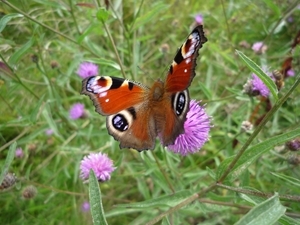 We have been carrying our research on farmland ecology at Loddington since the start of the Allerton Project in 1992. Much of that research has led to the development of agri-environment scheme options that are now adopted on farms across the country.

Much of our focus has been on songbirds, for which we have demonstrated that a combination of habitat management, winter feeding and legal predator control all contribute to songbird conservation to varying degrees, depending on the species (see game and songbirds).

Our research identified the importance of perennial herbaceous vegetation for birds such as yellowhammer and whitethroat and that numbers of these birds were higher, and nest predation was lower, where this habitat was present. We also researched the importance of the same habitat for beneficial insect predators of crop pests such as spiders in summer, and beetles in winter.

We found that yellowhammers made use of different arable crops at different times in the breeding season, demonstrating that crop diversity could contribute to better breeding success. Blackbird and song thrush nesting success was lowest where arable land formed a high proportion of the foraging range. Improving the management of arable soils could benefit these species.

We identified the most appropriate crop species to grow to provide seed food for farmland birds in winter, research that resulted in the wild bird seed mixture option within Stewardship. We also identified the various management requirements, including the moderate use of fertiliser and some pesticides to meet the food delivery objective of this option. Documenting the lack of seed in late winter, and using our long-term bird monitoring data to investigate the role of supplementary feeding in winter, resulted in winter food provision also becoming a Stewardship option.

Our research has revealed that the control of nest predators during the breeding season can improve both nesting success and breeding numbers of songbird species such as blackbird, song thrush and spotted flycatcher, but not some others such as whitethroat. Comparing our data with those from the RSPB farm in Cambridgeshire highlights the fact that such predator control may be more important in wooded landscapes where predator numbers tend to be higher than in open farmland. We have demonstrated an influence of nest site habitat on predation, with open sites being more vulnerable.

We have also carried out research into beneficial predatory insects in beetle banks, and pollinating insects in hedgerows, improving our understanding of the role of different pollinators in fruit-set of hedgerow shrubs. This revealed a link with birds – the more bees present in summer, the more migratory thrushes present in winter.

We run a Rothamsted moth trap at Loddington, providing detailed data on moth numbers from year to year, and also monitor arable invertebrates through suction sampling crops each June. Most recently, we have increased our focus on soil ecology (see soil research).

Together, our research presents us with an increasingly comprehensive understanding of wildlife on our farm. It also informs our management decisions to boost biodiversity, and our recommendations for agri-environmental policy nationally.