Water Friendly Farming is a landscape-scale research and demonstration project, combining the active participation of the farming community with scientific application and evaluation of activities to improve water quality, while maintaining farm incomes and other environmental objectives. The driver for this work is the EU Water Framework Directive (WFD) and the project aims to demonstrate the extent to which WFD targets for water quality and wildlife can be met within the constraints of a real farming community.

The project builds on many years of research by the GWCT Allerton Project and its research partners at Loddington, and on a pioneering community engagement project in the Eye Brook catchment. We have ben putting in place a range of measures that are scientifically sound while also being practically grounded.

The project is based on three headwater catchments, each of about 10km2: the Stonton and Eye Brooks in the upper Welland river basin, and the Barkby Brook in the Soar river basin. The three catchments are broadly similar in terms of topography, soils and farming systems (mixed arable and livestock) and are comparable to many areas of lowland England.

The project takes a BACI (Before-After/Control-Impact) approach. Since 2010, baseline data on water quality and ecology have been collected across all three catchments. We are interested to see what happens at two levels:

The former is most directly relevant to the WFD, while the latter helps us to understand the pressures and changes within catchments and is most relevant to individual farms and wildlife communities. The main datasets are for nutrient concentrations, sediment and aquatic plants and invertebrates. Fish data were gathered in 2012 and 2013, and we have also established a baseline for pesticide concentrations. Localised assessments of birds and pollinators are also being carried out. Continuous feedback from participating farmers is an essential part of the process.

From 2013, changes have been made across nearly 20km2 of farmland in the Eye Brook and Stonton Brook catchments, while the Barkby Brook catchment remains unchanged and serves as a control to monitor background changes in water quality and ecology. Measures being introduced currently consist mainly of various types of interceptor wetlands receiving water from surface runoff and field drains, with some farmyard measures and streamside fencing and installation of alternative livestock drinking sites. There are many grass buffer strips already in place. Soil and nutrient mapping, and guidance on soil and nutrient management are also being provided to farmers. We are also identifying and addressing important domestic sources of phosphorus from septic tanks and small rural sewage treatment works.

To keep abreast of the latest developments, follow our blog.

The project is led by Freshwater Habitats Trust and the Game & Wildlife Conservation Trust and is funded by the Environment Agency, Syngenta, the Chemicals Regulation Directorate and Anglian Water. Other project partners include the universities of York, Sheffield and Oxford Brookes. 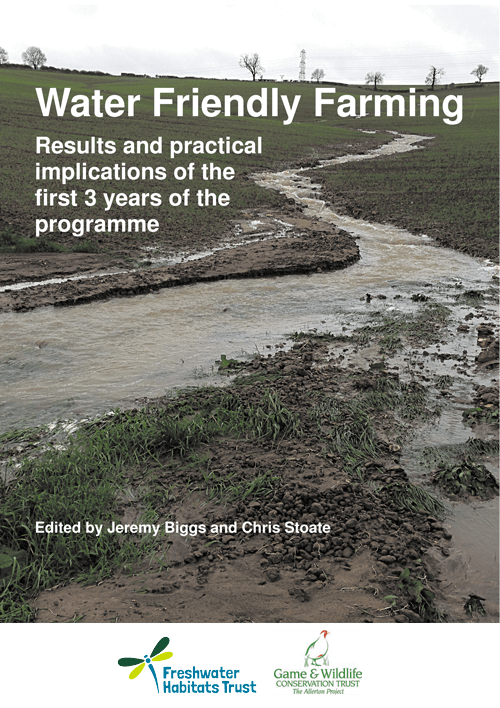 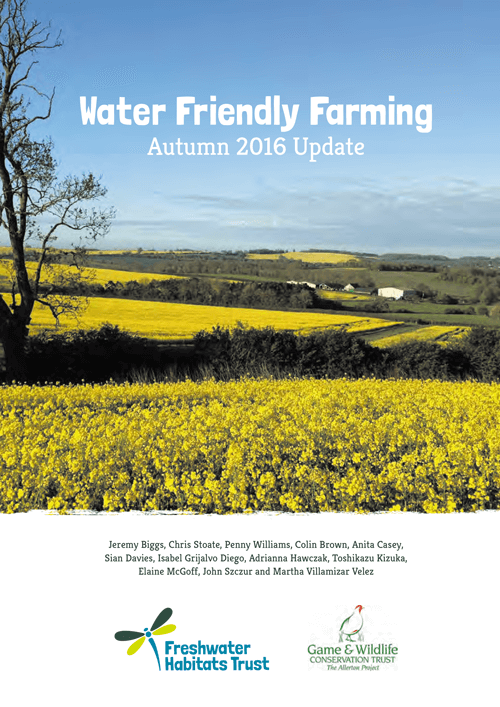