The Allerton Project’s Head of Farming, Phil Jarvis, shares his top ten highlights from the 2020 NFU Conference at the ICC in Birmingham. (The usual caveats about typos, grammar and spelling apply.)

1.There is no doubt that the NFU President, Minette Batters, was the star of this conference This committed, determined and articulate leader was at her forceful best. It started with a barnstorming opening address, reiterating standards and trade, fairness in the food chain, flooding and infrastructure and much more.

A ‘rally call to the London gathering in March, through to a ‘you will be back at conference at 8.00am to hear the Secretary of State – George Eustice hit the bullseye. Her clarion call brought members out from all ‘corners of Birmingham’ and the hall was full. This was leadership at its best and I don’t think I’ve heard such rousing ovations for the any NFU President. 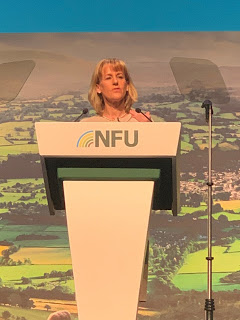 2. Climate Change, the Challenge of our Time. It is somewhat frightening to think how quick the climate change debate is moving. Scanning back through previous conference highlights the climate debate stories are somewhat scarce to find.

The environment got a good outing in the 2019 Crops Board breakout and the Environment breakout in 2018 showed glimpses of what lay ahead for our landscape management.

However, in this session Professor Myles Allen, really warmed to the task of explaining a complicated subject into more easily digestible morsels. The ‘methane cooling’ discussion will have many investigating this further. Flooding and water management issues showed that this challenge is here right now.  Phil Jarvis (yep that’s me) highlighted Greenhouse Gas reduction, biodiversity gains and food we provide society as the three drivers for the industry’s future.The practical journey that farmers will need to embark on (highlighted with examples from the Allerton Project), the solutions farms can provide, carbon calculators, were just some of the topics covered and debated.

3. Ronald Ross Primary School and Joshua Payne deserve great credit, for what on the face of it looked like an interesting choice for the Conference Hall, but the children and the school’s video on winning Farmvention was an absolute delight. Josh really captures the enthusiasm that is needed to deliver positive farming messages and a proactive education programme. This is money well spent, on a resource that connects with the next generation of food consumers. Keep it up NFU Education.

4. My fourth highlight came in the Combinable Crops breakout where self-confessed robotic geek Jonathan Gill from Harper Adams delivered an articulate, engaging and succinct presentation on technology in the crops sector and hands-free technology. It perhaps provided one of the comments of the day when during his presentation Jonathan admitted he’d missed his girlfriend’s birthday as he was so engrossed in the hands free-technology. One crop board member who shall remain nameless (Olly Harrison..oops), enquired ‘how had he missed his girlfriend’s birthday if the tractor was driving itself’. Priceless.

5. Penny Haslam, Carolyn Fairburn and the President, took on a business, trade, productivity and basically all things farming session. If I heard right there were some great quotes ‘Trade is a contact sport’ and ‘Sovereignty or rules’ to ‘We got Brexit done we now have to get it right!’

6. The Safeguarding Standards Session gave some nice interplay between Stuart Roberts and Chris Elliot, but Shaun Spiers from the Green Alliance Trust  provided some sharp and humorous observations.

7. It would be remiss of me not to mention the Secretary of State, George Eustice. I feel many in the hall were disappointed with the messages delivered about the future It shows when a powerful government is in place many officials have to fall in line and support a collective position. However, this is a long game and George has some understanding of farming and the NFU will keep policy and politicians focused on UK growers interests.

8. Commodity sessions and workshops, NFU Staff and friends. The scope and issues covered across the 2 days is a credit to the hard-working advisors, staff and farmers who give their time to make the NFU such a strong organisation. My own experiences are positive, well briefed by the NFU Staff, who are focused on the significant subject’s that need highlighting in the conference hall. There is a time and place for Twitter but there are some gems of humour and pearls of wisdom which many manage to encapsulate in the briefest of sentences.

9. It always amazes me how the coordination of the NFU Conference comes together. To the many staff involved in the logistics, I once again tip my hat. It is by far the best catering, timetabled and choreographed event in the agricultural calendar. Impressionist John Culshaw brought some light relief to the evening dinner with a ‘cavalcade of characters’, B..B..B..Boris Johnson was my favourite. 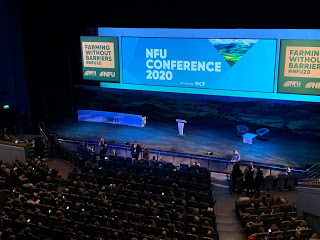 10.  The new office team. Well done to Stuart Roberts and Tom Bradshaw for their elevation within the NFU and they join Minette to guide the organisation through future ‘challenges and conundrums’. With every good news story, there are some that don’t always work out. Guy Smith deserves a special mention in dispatches, his ‘You don’t always get to choose your exit’ tweet expressed thanks and no regrets. Thanks for your tireless work Guy…….the RPA will sleep a little easier 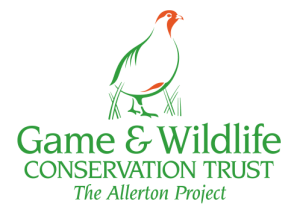